However, in a time when these communities were still subject to institutional racism and restrictions on their movement and civil rights, Westralian Aborigine also offered a platform for Aboriginal activism and empowered the voices of those calling for an acknowledgement of the rights of Aboriginal people.

It is important to note that Westralian Aborigine was published some 13 years before the historical referendum that saw Aboriginal people recognised in the Australian Constitution. The paper had some 600 subscribers. 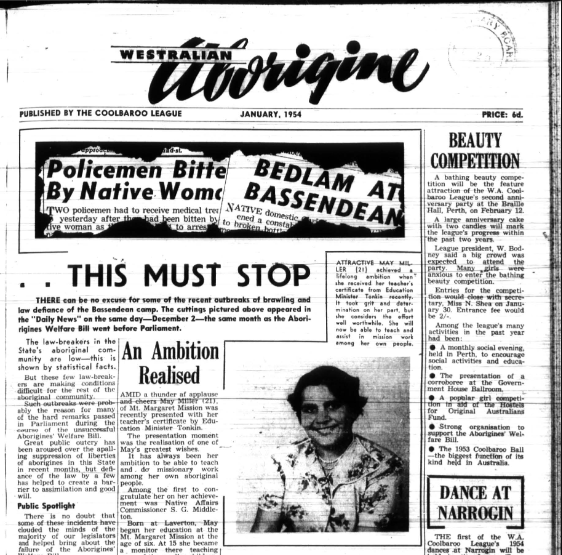 May Lorna O’Brien is featured on the front page of the January 1954 edition.

Background – The Coolbaroo League and Club

The Coolbaroo League was a Western Australian Aboriginal social club which was founded in 1947 by activist Helena Murphy (nee Clarke), returned servicemen Yamatji brothers Jack and Bill Poland, a Geoff Harcus – a non-Indigenous friend of the Polands. Coolbaroo comes from the Yamatji word for Magpie - a reference to reconciliation, its colours being white and black.

The league had a distinct political agenda, and organised deputations to Ministers. In addition to founding Westralian Aborigine, the league also ran a youth group, as well as organising the Coolbaroo Club dances in East Perth and country areas, and set-up the Coolbaroo Aboriginal shop of souvenirs and art – the first Noongar business in Perth city. The league ran until 1960.

As a publication by, for and about Indigenous West Australians, the Westralian Aborigine masthead covered a range of content, all of which related to the lived experience of Aboriginal West Australians.

Cover stories and feature articles included in-depth reporting on issues such as negotiations with government, crime - particularly violence against Indigenous people, mining and infrastructure developments across the State and the significant achievements of Indigenous West Australians.

The paper also included notices of social functions – those run by the Coolbaroo League and other organisations, notices seeking contact with community members, and advertisements for West Australian businesses.

Lead articles sought to showcase the profiles of Aboriginal peoples' success. The front cover of the first issue featured a portrait and profile of a young May Miller. May Miller (later O'Brien) would go on to become one of the first Aboriginal teachers in the State and helped to shape Aboriginal education throughout her life. 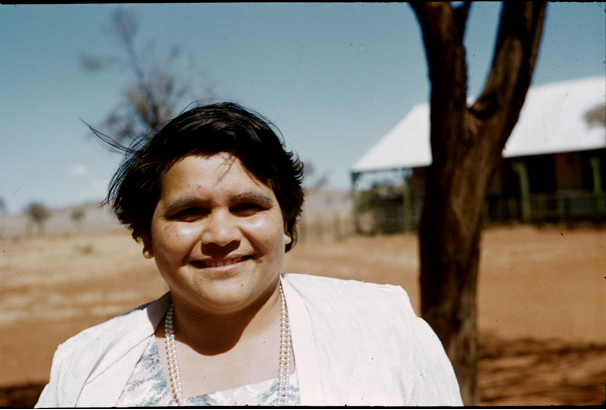 Westralian Aborigine sought to bring about the positive representation of Indigenous people into the media. Articles featured language of self-determination and positive affirmations for Indigenous voices and appearances.

PDF copies of the Westralian Aborigine newspaper are available below: