Legal deposit is a statutory provision requiring publishers to deposit copies of their publications in a nominated collecting institute.  The legal deposit system ensures that the works of authors and publishers will be preserved for present and future generations.

The comprehensive collections formed through legal deposit provide a valuable resource for research into all aspects of Australian life: its history and culture including artistic, commercial, technical and scientific endeavour.

A publication is any work that has been made available to the public.

Legal deposit to the National Library and in other Australian states

Information on the legal deposit requirements for publishers in other states of Australia is available on the National and State Libraries Australasia web page Legal Deposit in Australia and on the National edeposit website.

Print and other non-online publications

These publications need to be deposited with the State Library within 30 days of publication and should be sent to:

Before the Act and Regulations are extended to Internet (online) publications, the Library encourages deposits of Western Australia digital publications in the spirit of legal deposit through the National edeposit (NED) service.

National edeposit (NED) service is a collaborative initiative of Australian National and state and territory libraries for the capture, preservation and discovery of published electronic material across Australia. More information on this including portal access for publishers can be found at ned.gov.au.

More information about the National edeposit service and portal access can be found at ned.gov.au.

If sending documents for public consultation and display please send them in addition to the copies required under legal deposit.

The specialist libraries of Government agencies operate as part of a network of State information resources. Their collections are part of the State's information assets and are considered a whole of Government resource.

Catalogues, indexes and other library management resources are to be considered part of the specialist library collection. Prior to disposing of any part of a library collection, with the exception of stock culling associated with routine collection management, agencies should consult with the State Librarian.

If you have any queries about this process please contact us:
Email: collections@slwa.wa.gov.au
Telephone: (08) 9427 3348

Where State Library staff identify that a library collection contains unpublished records, the librarian or other person responsible for the collection will be responsible for contacting the agency's records management unit to make arrangements for that material to be retained or disposed of as appropriate.

In 1968 Western Australia established a State Film Archives to acquire, preserve, catalogue and make available for research films of significance to the State. A directive to deposit government produced or sponsored film with the Archives was first issued by the then Premier in 1970.  All published motion pictures produced or commissioned by Government agencies in any format (digital preferred) should be deposited with the State Library of Western Australia. This includes promotional, commercial and other thematic productions.

Arrangements made for the supply of public library titles via these suppliers has no relation to the supply of titles for collections housed within the State Library.  Titles accepted by the suppliers must fit specified profiles for content and format. Not all titles can be accepted.

The State Library of Western Australia collects a wide range of documents and images for the J. S. Battye Library of West Australian History.  Personal letters, diaries and photographs provide a glimpse of the past and/or depict contemporary life in Western Australia. These records are useful for researchers, family historians and others involved in the process of constructing history.

Donate to our collections

We welcome offers of collection material from individuals and organisations.
Find out more 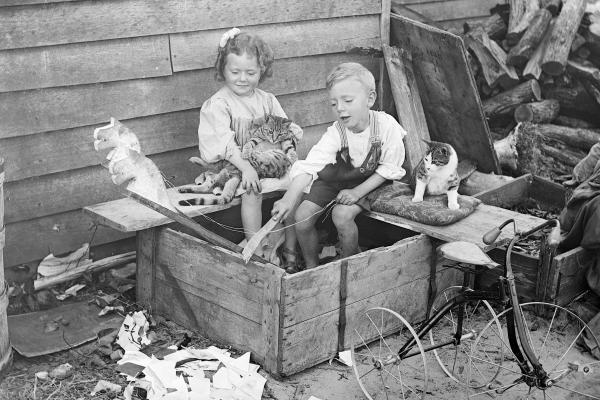 The ISBN (International Standard Book Number) is a 13-digit number that uniquely identifies books and book-like products published internationally. Each number identifies a unique edition of a publication, from one specific publisher. The State Library does not issue ISBNs or ISSNs, nor do we require you to have an ISBN or an ISSN to deposit a publication.

State Library is an active participant in PANDORA - Preserving and Accessing Networked Documentary Resources of Australia - a national archive of Australian online publications and websites. In 2004, PANDORA was placed on UNESCO's Memory of the World for Digital Heritage.

Since 2004 State Library of Western Australia has:

PANDORA contains a wide range of selected online resources. They include publications by government agencies, academic institutions and other publishers; websites by numerous organisations and community groups; and others covering various subject areas, interests and activities.

New resources are added to PANDORA selectively, with an emphasis on collecting and preserving online content considered authoritative, significant and as having long-term research value. Selection is based on Selection Guidelines.

The PANDORA Archive is hosted by the National Library of Australia (NLA).  Access is available directly through the PANDORA homepage , The Australian Web Archive or you can browse SLWA's PANDORA content in our catalogue.