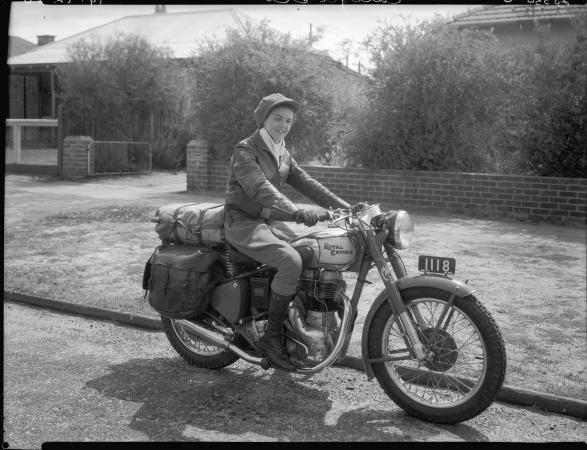 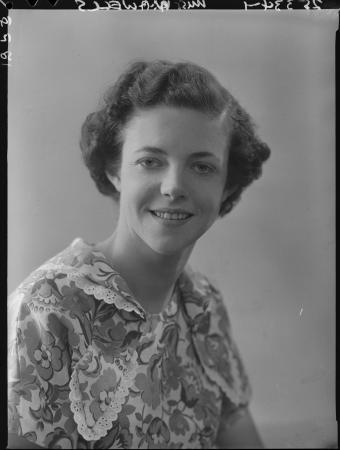 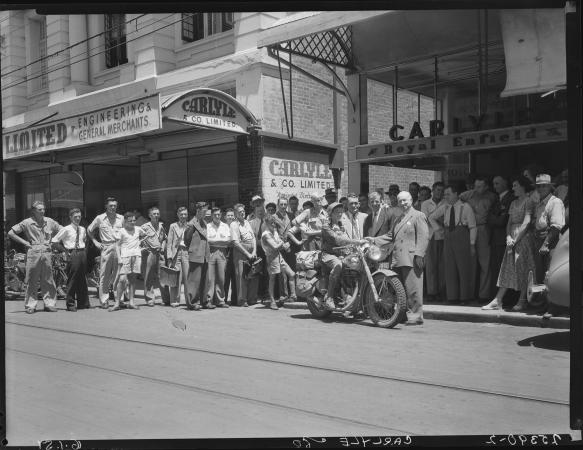 234762PD: Winifred Wells is welcomed on her return to Perth after her journey across Australia, 16 January 1951 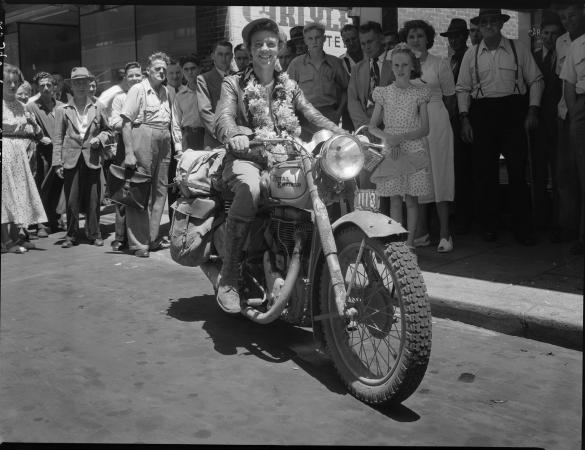 234761PD: Winifred Wells is welcomed on her return to Perth after her journey across Australia, 16 January 1951 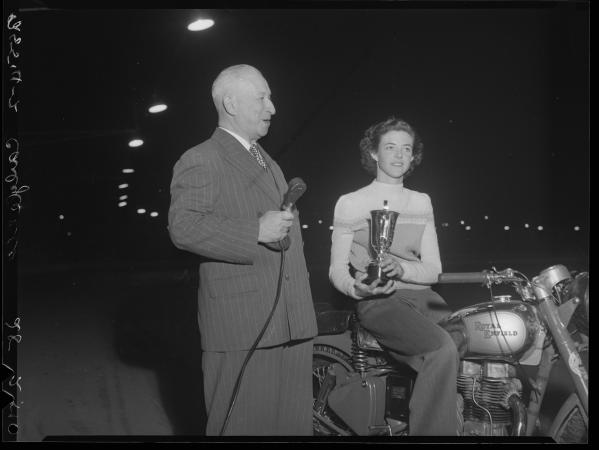 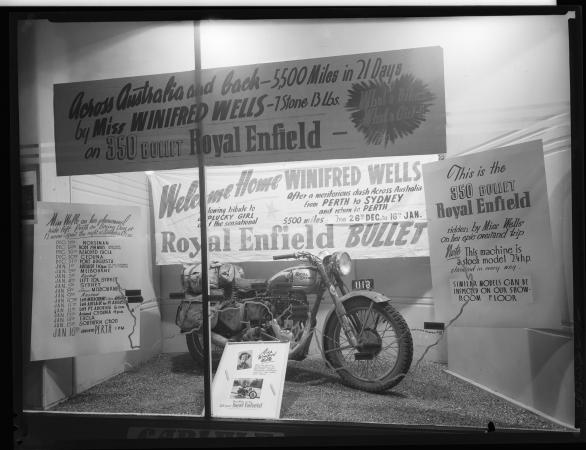 234763PD: Messages or congratulations and the Royal Enfield used by Winifred Wells to travel across Australian and back to Perth 1952 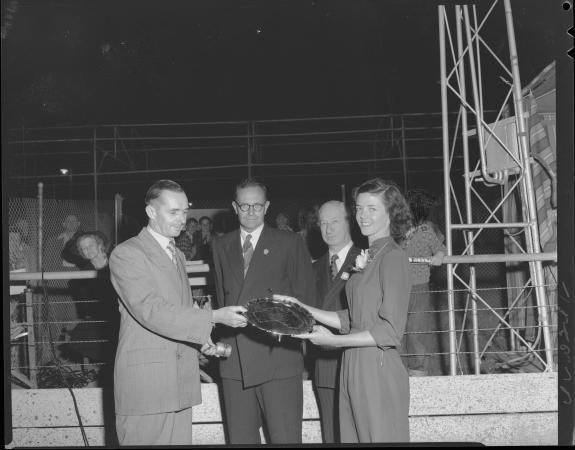 242301PD: Winifred Wells (right) is presented a silver tray engraved with a map of her journey around Australia, 25 February 1953 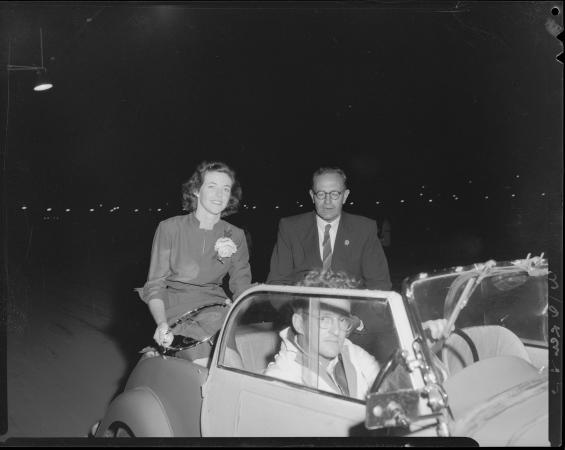 242303PD: Winifred Wells is driven around Claremont Speedway after being presented with a silver tray engraved with a map of her journey around Australia 1953

Vivacious 22-year-old Winifred Wells "had two characteristics uncommon amongst her sex". She liked to be alone and she loved to ride motorcycles.

The daughter of a furniture manufacturer GF Wells, had been a motorcycle addict for many years, following in the steps of her father. Winfred frequently competed against men, she was a well-known and popular member of the AJS Club.

"While the less intrepid of her sex spent a lazy Christmas and New Year lounging on beaches" in 1950-1951, Winnie Wells set off from her Shenton Park home on her motorbike (around 7,000 miles) across Australia. Solo.

The third of four daughters, her father described Winnie as very determined. "Nothing short of a major breakdown will stop her accomplishing this trip" he said.

It took eight days for Winnie to reach Melbourne. A trip that included the lonely Nullarbor Plain. Due to a disruption of telegraph services on the plain no word was received from her on route. She spoke of travelling for up to 300 miles "without seeing even a rabbit". On the second day she was thrown off her bike in loose gravel near Coolgardie, grazing the side of her face, but this did not seem to worry her.

From Melbourne she rode to Sydney. Carrying her own food, water and first aid kit and spending nights at hotels and boarding houses. On the return trip to Perth she rode through heavy rain east of Norseman and was "soaked to the skin". In total she spent four nights in the bush by the roadside.

As she rode into Forrest Place, Winnie was welcomed home by the Lord Mayor. Wind-burt and showing signs of exhaustion she laughed and smiled as Mr Totterdell MLA praised her courage. "A performance any man would be proud of" he remarked. "She's as game as Ned Kelly" interjected a man in the crowd. Her mother rushed forward and embraced her, placing a floral wreath around her neck.

In the following year Winnie set off again, this time 10,000 miles around Australia accompanied by her father. Both on Royal Enfield solo machines. The most nerve wracking part the Pardoo Sands between Port Hedland and Broome, where there were 30 to 40 mile stretches of deep sand.

Note – this commentary has been sourced from newspaper articles appearing in WA newspapers at the time thanks to the magic of Trove. It provides an insight into the event at the time but is not intended to be a definitive history.

For more images in this series visit the State Library catalogue.