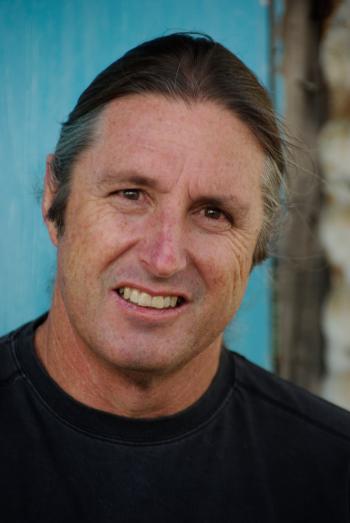 Tim Winton is one of Australia's most celebrated authors, producing works of fiction, non-fiction, short stories and scripts for adults, children and young adults. His works have been made into plays, television series and films and translated into numerous languages.

Born in Western Australia in 1960 and writing to acclaim since 1981, Winton is widely recognised for his depiction of Australians and the land where they live. A keen environmentalist, Winton's love of this land is reflected in the way he uses landscapes and places for inspiration. Many of his stories are set in Western Australia.

Since 1981 Winton has been the recipient of many Australian and international literary awards including the Australian/Vogel Literary Award for An Open Swimmer (1981). He is a four-time recipient of the Miles Franklin Award for Shallows (1984), Cloudstreet (1992), Dirt Music (2002) and Breath (2009).

Winton is also a multiple recipient of Western Australian Premier's Book Awards including the Premier's Prize for Dirt Music (2001); fiction category awards for Shallows and Scission (1985), Minimum of Two (1988), Cloudstreet (1991) and Dirt Music (2001); children's category winner for Jesse (1990) and Lockie Leonard, Human Torpedo (1991) and scripts category for Cloudstreet: The Screenplay (2011). He has also been twice shortlisted for the prestigious Man Booker Prize for The Riders (1995) and Dirt Music (2002).

Tim Winton continues to capture the imaginations of young and old alike.