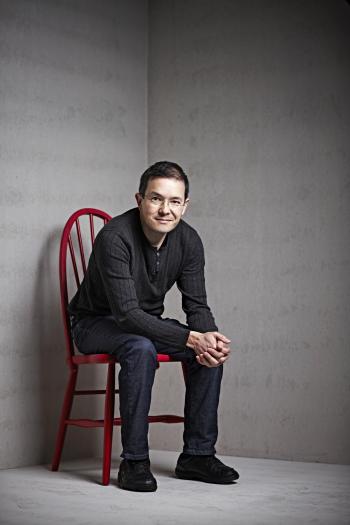 Shaun Tan was born in Fremantle in 1974. At an early age, he began drawing weird and wonderful things. As a teenager, his imaginings were published in science fiction and horror magazines. Tan has received worldwide acclaim as an illustrator and author of such works as The Red Tree and Tales from Outer Suburbia. His illustrated work The Arrival is an international best seller, winning multiple awards including both the Western Australian and NSW Premier’s Book Awards and the Children’s Book Council of Australia ‘Picture Book of the Year’.

Tan’s work deals with social, political and historical subjects using highly imaginative landscapes and odd but beguiling creatures. His unique style translates well into film, with Tan providing concept artwork for the movie WALL-E. He also wrote and directed the short film The Lost Thing, from his book of the same name. The Lost Thing won the 2011 Academy Award for Best Animated Short Film. In the same year, he received the Astrid Lindgren Memorial Award, a prestigious international prize for children’s and young adult literature.