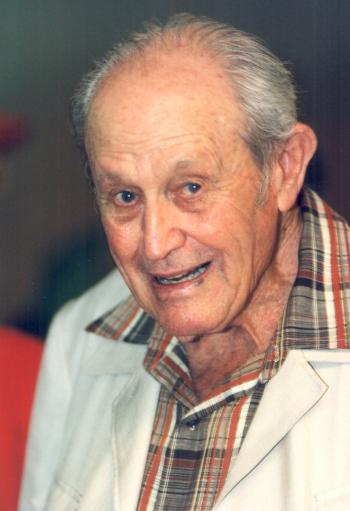 Alec Choate (1915 -2010) was born in Hertfordshire, England and has lived most of his life in Western Australia. He wrote his first significant poetry while on army service during the Second World War in the Middle East and South West Pacific.

His poems have appeared in over thirty Australian anthologies and been broadcast on ABC Radio. They have also won many awards. He was commended twice in the John Shaw Neilson Award, in 1972 and 1974. In 1976, he was awarded the inaugural Tom Collins Poetry Prize for his poem ‘Listening Post’. His book, A Marking of Fire, won the 1986 Western Australian Literary Award for poetry.

In 1989, he won the University of WA’s Patricia Hackett Poetry Prize for three of his poems published in the 1988 bicentennial edition of Westerly. His collected war poems, The Wheels of Hama, won the Poetry category of the 1997 Western Australian Premier’s Book Awards, and his collections Ashes to Water and My Days were Fauve were shortlisted in the 2000 and 2002 WA Premier’s Book Awards respectively.