There are many useful resources for researching Australian family history available in the State Library or online. The key to finding them is in the State Library Catalogue using a keyword search using a geographic location and a type of record e.g. Tasmania passenger lists or New South Wales census. The types of resources available for family history researchers include indexes to births, marriages and deaths, newspapers, electoral rolls, directories and maps. There are also records relating to cemeteries, census, convicts, courts, immigration, land allocation, probate and the military.

Use the catalogue to find material relating to passenger lists. For example, we hold some published lists for specific ships. Search under the name of ships, countries or ports with keywords such as emigration, immigration, immigrants, passenger lists. Examples of keyword searches include 'Darwin passenger lists' and 'Scotland emigration'. The State Library has many items relating to ships in its collection including a large collection of ship images which can be located in several ways. Some of the material is listed here. Try searching our catalogue for other material using keywords such as cruise ships, passenger ships, ocean liners or sailing ships.

Australian Joint Copying Project (AJCP) - the Genealogy Centre holds nearly 5,000 reels of Australian Joint Copying Project microfilm. These reels contain copies of original records relating to Australia, New Zealand and the Pacific held at the National Archives at Kew as well as other libraries and archives in Britain. Digitised versions of the AJCP records are now available through the National Library of Australia

Genealogical Research Kit -  this is a major collection of records issued by the Archives Authority of New South Wales which includes details of births, marriages and deaths, convicts, immigration, and land allocation for the period 1788 to 1900. For detailed information on how to use the kit, please refer to its handbook. For a full list of what is available search our catalogue under genealogy research kit

Log of Logs: a catalogue of logs, journals, shipboard diaries, letters, and all forms of voyage narratives, 1788 to 1988, for Australia and New Zealand and surrounding oceans - this three volume set by Ian Nicholson lists where to find surviving information about voyages by ship to our region. For example, it gives the Australian Joint Copying Project (AJCP) microfilm reel numbers for surgeons’ journals and captains’ logs. All three volumes should be consulted.

LLoyd's Register of Shipping, 1760-1960 - for a complete list of Lloyd's Registers check our catalogue. Lloyd's of London has been in the business of insuring and underwriting ships since the 17th Century. Their registers of shipping give details of vessels including the owners and builders and voyages undertaken. There are several publications covering different time periods.

The great liners : P&O Orient ships on the Australian trade

The long haul : ships on the England-Australian run

The SITMAR liners: past and present

TROVE Pictures, Photos, Objects - this site, formerly known as Picture Australia, has digitised images from archives and libraries in Australia and New Zealand. All of the State Libraries, together with organisations such as the National Archives of Australia and the Australian National Maritime Museum, have large collections of digitised ship images which are featured here.

The Convict Ships, 1787-1868 - This guide by Charles Bateson is considered to be the definitive guide to Australia's period of transportation. All convict voyages are listed with dates of departure and arrival, number of convicts on board, number of deaths occurring on the voyage, names of the captain and surgeon, as well as information on the age, size, class etc. of each vessel. Background information is also given about what life was like on board a convict ship for both crew members and convicts.

Most family historians are keen to find their ancestor's name on a passenger list, particularly when the voyage signified the start of a new life a long way from home. Some passenger lists have not survived and not all passengers were listed, particularly if they travelled steerage class, and crew members and the military were often not included. Sometimes, passengers are listed but are difficult to identify. For example, it is quite common to see entries such as 'Mr Smith' or 'Mr and Mrs Brown and children'.

National Archives of Australia -  holds immigration and naturalisation records, including passenger lists, from the late 1800s onwards. Some material has been digitised and is available through their website. This site includes a Passenger arrivals index for ships arriving in Western Australia 1921-1950 and aircraft arriving at Perth airport 1944-1950.

Passenger lists leaving UK 1890–1960 (BT 27) -  trace people sailing from Britain to non-European ports from 1890 to 1960. This database is available on both Findmypast (accessible onsite at the State Library) and Ancestry Library Edition. This is an extremely useful source for finding ancestors’ voyages to destinations such as New Zealand, South Africa, the United States, Canada and, of course, Australia.

UK Incoming Passenger Lists, 1878–1960 (BT 26) - This database, available on Ancestry Library Edition, records those sailing into Britain from ports outside Europe and is useful for ancestors who may have travelled backwards and forwards between Britain and other countries. The library edition of this subscription database is available to use within the State Library building, as well as in most public libraries.

Australia & New Zealand -  describes some of the main sources of information on ships bound for Australia and New Zealand. It includes links to ships' pictures, passenger lists, crew lists and convict sites.

Discovery - the National Archives (UK) holds over 11 million historical government and public records, one of the largest archive collections in the world. From Domesday Book to modern government papers and digital files, our collection includes paper and parchment, electronic records and websites, photographs, posters, maps, drawings and paintings

EBSCO - a suite of databases that provide mainly full text access to journal and newspaper articles, conference papers, theses and other publications.  There is a wide range of subjects from general works to the more specific such as education, history, medicine, business and car manuals.

Illustrated London News Historical Archive - the introduction in 1842 of The Illustrated London News marked a revolution in journalism and presented  a vivid picture of British and world events.  Explore more than a 150 years (1842-2003)of the world's first fully illustrated weekly newspaper, reproduced in high-quality colour facsimile images.

Irish Newspaper Archives - contains over six million pages in over 500,000 issues of Irish Newspaper publications spanning back as far as 1763. The contents of all issues are fully text searchable and reflect the full context and layout of each page.

Nineteenth Century British Library Newspapers Parts I - 4  - over 2 million pages from 19th century newspaper titles held in the British Library. Newspapers were selected from all over Britain including Ireland, Scotland and Wales as well as England.

Nineteenth Century U.S. Newspapers - a full-text searchable, facsimile-image database which provides access to primary source newspaper content to historical events, daily life and 19th century American culture. Content and images is drawn from numerous newspapers from a range of urban and rural regions throughout the U.S.

Sydney Morning Herald Archives 1955 - 1995 - search all articles, captions, birth, death and marriage notices and advertisements in The Sydney Morning Herald and The Sun-Herald between 1955-1995. Full-text results are returned in an exact digital reproduction of the printed pages as they were originally published.

The West Australian Archive Digital Editions - a digital archive edition of the West Australian newspaper covering July 2004 until yesterday. It contains the same content, editorial and photographic material that can be found in the printed version with the exception of  commercial inserts which are not included.

Trove - digital content and information on collections around Australia. The Digitised newspapers section includes searchable historic newspapers up to 1954.  Photographs, maps, archives, catalogues can also be found on the Trove site.

Ancestry Library Edition -  is a subscription database, similar to the popular Ancestry.com.   It consists of thousands of smaller databases. It is available on all PCs within the State Library and is licensed to be available in public libraries throughout Western Australia. Please contact any local WA public library for details on how to access this resource. Examples of the types of records available include birth, marriage & death records, census records, immigration records, directories, convict records and land records. 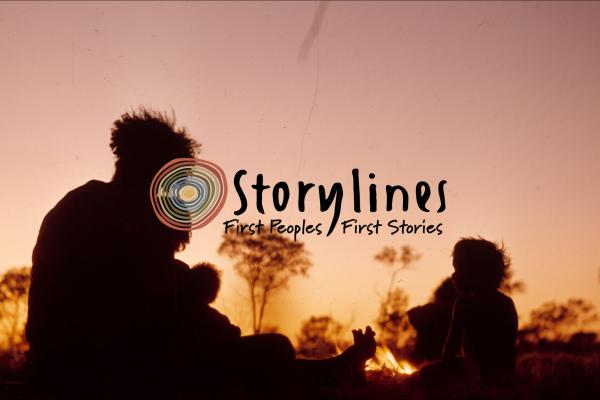