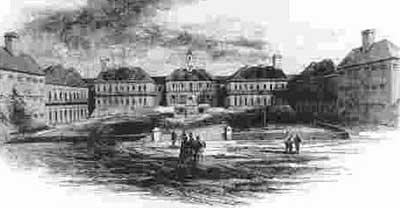 The Parkhurst boys were juvenile offenders from the Isle of Wight's Parkhurst Prison, who were transported to the Australian and New Zealand colonies between 1842 and 1861. Under the scheme, the boys were to be granted pardons under certain conditions such as permanent exile from England and, in the case of younger boys, undertaking apprenticeship in the colonies. 1,499 boys are recorded as being sent to the colonies where, particularly in New Zealand, the scheme was seen by some as de facto convictism. In Western Australia, the need for labour at that time appears to have made the young exiles acceptable.
The State Records Office holds ACC 1829, which is a Home Office Parkhurst Boys Register (HO 24/15) on microfilm. There is an alphabetical index providing the page number in the Register. The Register itself provides details such as name, when received and from what gaol, age, crime, where and when convicted, sentence, marital status, whether can read or write, trade, gaoler's report on character, when discharged, how disposed of. The Western Australian Genealogical Society has compiled an index to ACC 1829 on microfiche (see section Catalogues and Indexes).