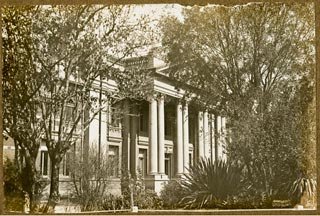 The Supreme Court of Western Australia (see AU WA A44 for a list of series held) is a superior court of record and the records of its proceedings have been preserved since the establishment of its predecessors in 1830. The Court of Quarter Sessions sat from 1830 in Fremantle and from 1837 in Perth, the Civil Court was established in 1832 and the Supreme Court in 1861. Thus its jurisdiction has covered a number of areas over the years and the records transferred to the State Records Office cover a broad spectrum of the Court's activities. The Supreme Court records include files and volumes relating to:

Wills 1832-1947 (grants of probate or letters of administration)