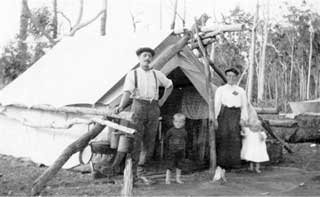 Police Station Records often include the names of settlers visited by the police in the course of their duties, especially late in the 19th century and early in the 20th century. These records generally include the name of the settler, occupation, place of residence, date of visit, by whom visited and the number of miles from the Police Station. Other reports of visits may be found in Police Department unregistered files in AU WA S2381 Unregistered Correspondence cons129 and AU WA S4068 Subject Indexes cons430. Records found are: