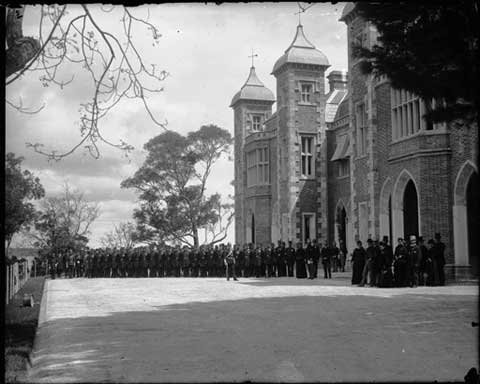 The Pensioner Guards (also known as the Enrolled Pensioner Force and after 1880 as the Enrolled Guards) consisted of those soldiers who came as guards on the convict ships which transported nearly 10,000 prisoners to Western Australia in the years 1850-1868. The number of soldiers, along with their wives and children, totaled some 2,500. Many of them remained on as settlers after they had completed their military duty. Having served in China, Crimea, South Africa, India, Persia, New Zealand and Afghanistan they were awarded pensions for long service, good conduct, wounds received, or meritorious service. After arrival they could continue with military duty or remain as settlers. After serving seven years in the Enrolled Pensioner Force they were eligible to a free land grant. The chief source of information on the Pensioner Guards is F.H. Broomhall's The Veterans. Other records which may prove useful are: