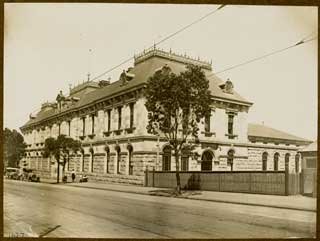 AN 17 contains an alphabetical listing (by place of court) of the records of various courts in Western Australia. Records deposited since 1989 and records transferred from AN 17 can be located in the Series Registration System and The State Records Office Catalogue. Records which may prove useful are the Minutes of Evidence of the Police Court, Local Court, Court of Petty Sessions and the Court of Quarter Sessions, which can provide information on the trials of criminals for a variety of offences.

Also useful are the records of the various Licensing Courts, which provide information on people applying for different types of licences, such as liquor, sandalwood, timber, dog, cart, billiards, confectioners, board and lodging, firewood, pawnbroker, hawkers, pearling etc. The court records include plaints (accusations, charges, complaints), which are kept for many court houses and some mining warden records relating to goldmining and other leases.