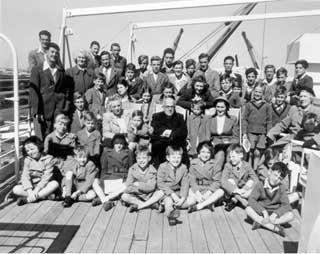 It may also be worthwhile checking the records of the Lands and Surveys Department (see AN 3 and Agency 42 ), as they hold files relating to various child migration schemes. In CONS 541 there can be found nomination forms for child migrants (mostly for Fairbridge Farm School) arriving in Western Australia on board: