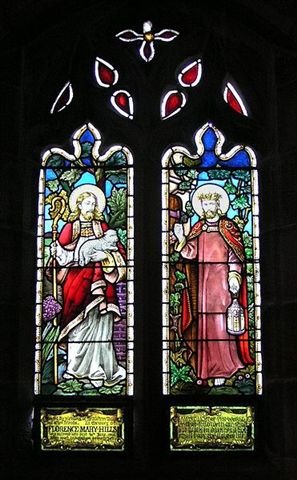 Church Records are an invaluable source for genealogists as most churches kept baptismal, marriage and burial registers. The Registration Act was passed on 27 May 1841 and the Registrar General's Office began recording births, deaths and marriages from 9 September 1841.

Prior to 1841 there are some copies of church registers of baptisms, marriages and burials for Perth, Fremantle, Guildford, York, Canning, Wellington, Plantagenet, Albany, Upper Swan, Vasse and Augusta for 1829-1841 (CONS 703 – State Records Office, microfilm).

Also held is ACC 399A, which contains typescript volumes of baptisms, marriages and burials compiled by Canon P.U. Henn from various parish registers (on microfilm). The date range is c1840-c1920, although not all are that extensive and they contain many inaccuracies.

Church records held by the Battye Library comprise extensive collections of baptismal, marriage and burial registers for a variety of places in all the major Protestant sects. Listings are held for these records and these should be checked for relevant volumes. They can be both originals and microfilms, but coverage is not comprehensive.

Anglican Church. Parishes are listed alphabetically and any baptismal, marriage and burial records will be included under the heading Registers. Listing will show if record is microfilmed or in original form. In general the earliest registers date from 1847 to c1980.

Congregational Church. Listing contained in MN 257. This is in the same style as MN 614 but not as extensive in terms of the number of records held.

Methodist Church. Listing contained in MN 172 (ACC 1336A etc.). An extensive series of records. This listing is in the same style as MN 614.

Presbyterian Church. Listing contained in MN 713. This listing is in the same style as MN 614 but not as extensive in terms of the number of records held.

Roman Catholic Church. Listing contained in MN 812. Very few records are held and these have been lent for copying (either microfilmed or photocopied). Most of the records that are held are baptismal, marriage and burial registers. Churches covered are Albany, Busselton, Fremantle, Geraldton, New Norcia, Perth, Toodyay and York. Any Catholic Records extant should be held by the Catholic Archives or be retained by the churches.